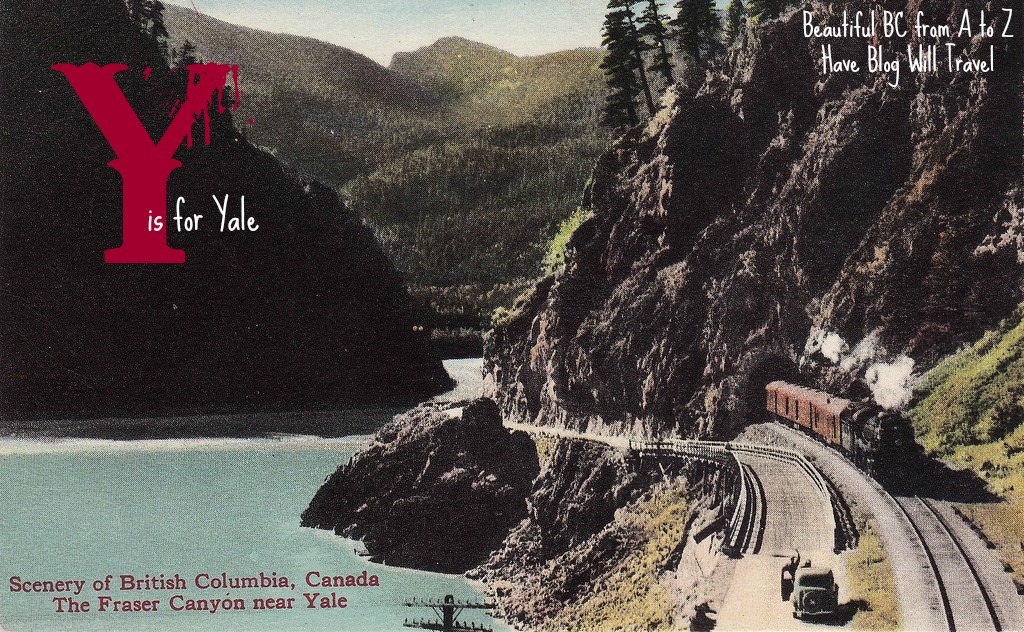 Founded in 1848 as the Fort Yale trading post by the Hudson’s Bay Company, Yale was reputed to be the largest city west of Chicago and north of San Francisco during its heyday at the peak of the gold rush. The city’s population peaked during this time to an estimated 15,000 – 30,000 prospectors and pioneers.

However Yale also earned numerous nicknames due to the town’s prevalence of violence, lawlessness, and vices including gambling, liquor, and brothels. Referred to as “the wickedest little settlement in British Columbia” and “a veritable Sodom and Gomorrah” Yale was a rough and violent place to be in the 1850’s.

Today Yale’s population may have dwindled but the history remains. As the main terminal for one of the largest stern wheeler routes in North America and the construction headquarters for the building of the Canadian Pacific Railway in the 1880s, Yale has played an important role in shaping British Columbia.

Visitors to Yale will find few of these historical sites remaining, a museum and historic church, the oldest church in BC, are still open to visitors. Yale is also home to the National Monument to the Chinese Railway Workers and is a Province of British Columbia recognized Heritage Site. While the city may not hold the grandeur and importance of the past, visitors can pay homage to the region’s earliest pioneers and settlers at the Pioneer Cemetery. The final resting place of many murdered gold rushers, tragically killed as a result of greed. Many locals claim the cemetery is haunted, and while it’s open to the public a visit after dark is far from recommended.

10 Responses to "Beautiful BC from A to Z: Y is for Yale"