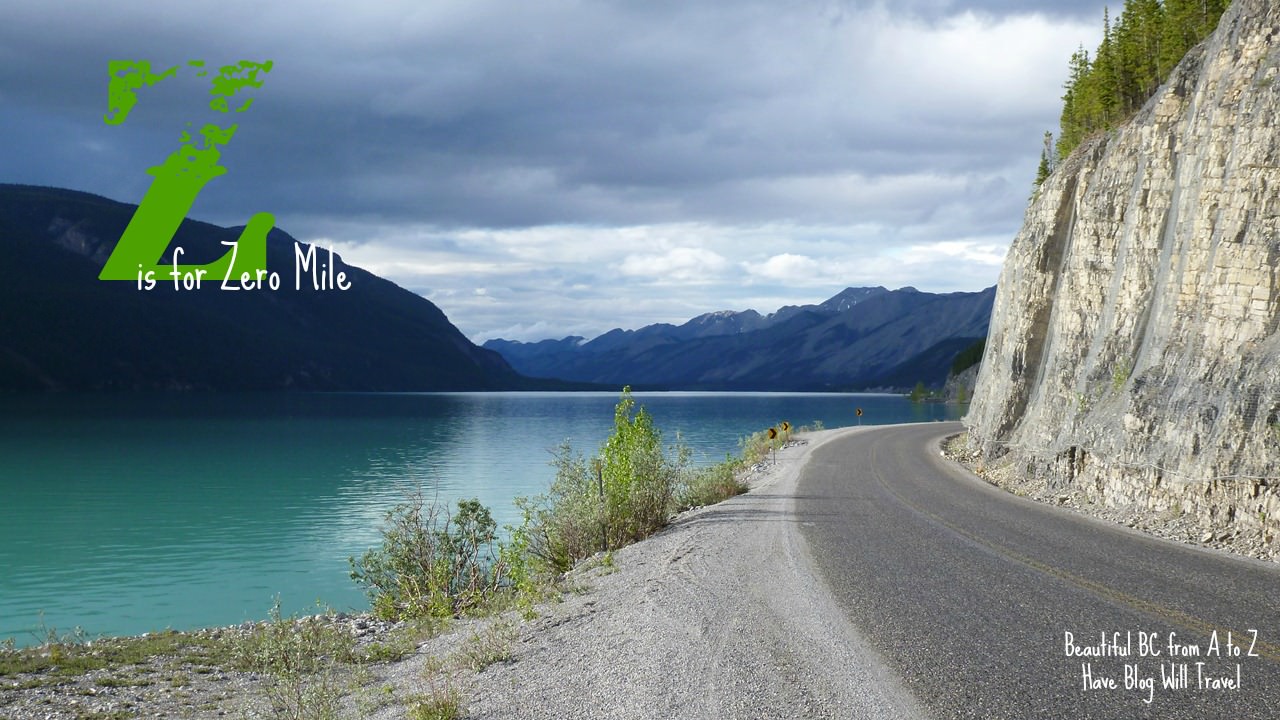 I can’t believe the A to Z Challenge has come to an end. Before taking on this challenge I knew it would be a lot of work, and at times throughout the month I wished it was over, but now that we’ve finally reached the letter Z I’m getting a bit nostalgic. To finish things off today Z is for Zero Mile, of which we have two in British Columbia.

The Trans-Canada Highway is a transcontinental federal-provincial highway, meaning it runs across the continent, through all ten Canadian provinces, and connects the country’s Pacific coast to it’s Atlantic coast in the east.

The Trans-Canada highway spans 8,030 kilometers (4,990 mi) making it one of the world’s longest national highways, and it begins at Mile Zero in Victoria. Found at the intersection of Douglas Street and Dallas Road, a Mile 0 plaque recognizes the start of this massive stretch of road.

Of note to tourists, a statue honoring Canadian hero Terry Fox stands just behind the Mile O Plaque in Victoria. In 1980, after being diagnosed with cancer and having one leg amputated, he embarked on a cross-Canada run to raise money for cancer research. Terry’s journey began in St. John’s, Newfoundland and was set to end at Mile Zero in Victoria BC. Unfortunately Terry was forced to end his run in Thunder Bay, Ontario when the cancer spread to his lungs. Terry Fox passed away nine months later but his impact on the fight against cancer lives on. He is considered a national hero and has many buildings, roads, and parks names after him. 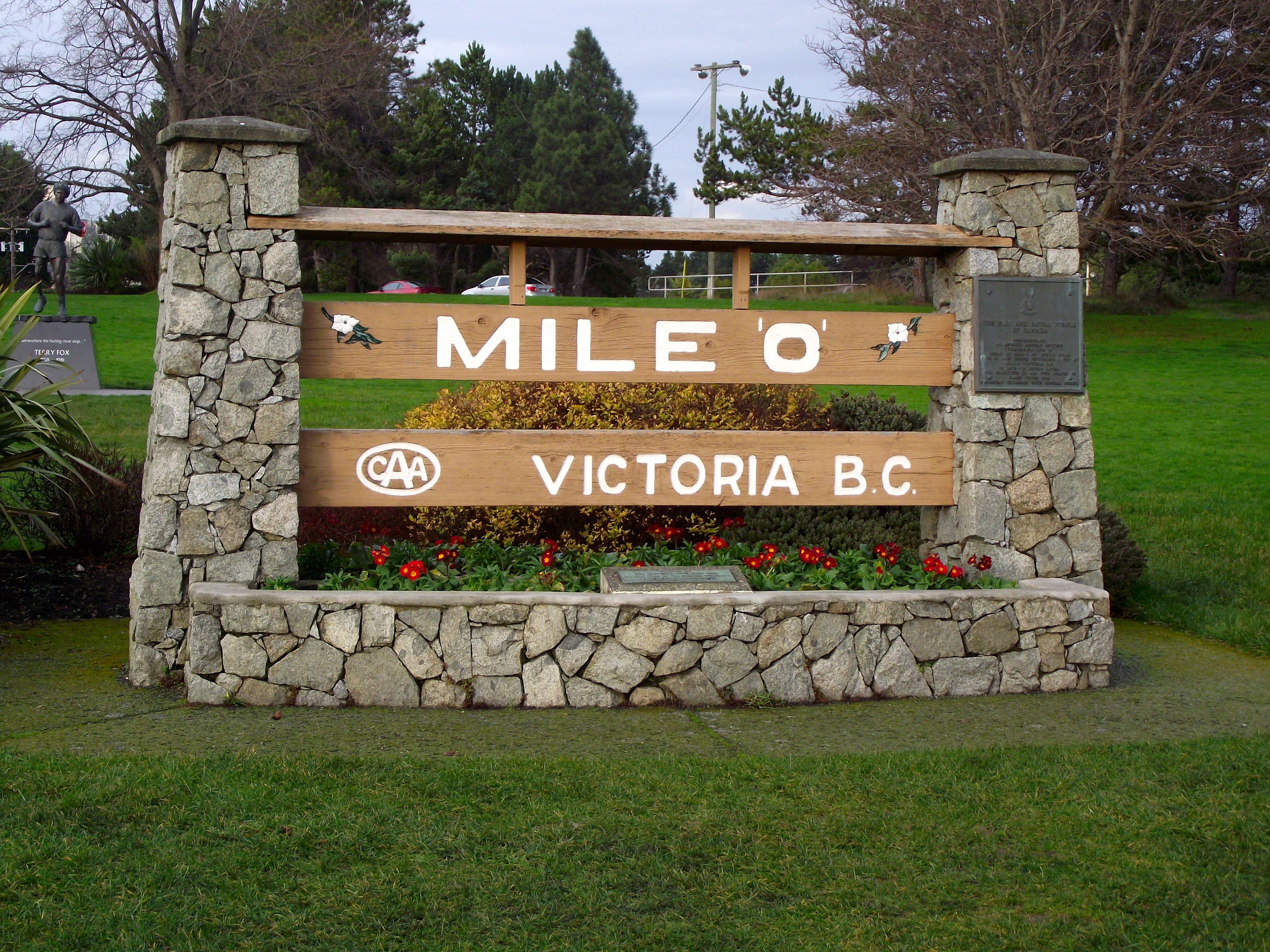 Mile Zero Monument in Victoria, BC (via)

Mile Zero of the Alaska Highway

Constructed during World War II to connect the contiguous United States to Alaska through Canada, the Alaska Highway was completed in just nine months. At completion in 1942 the Alaska highway stretched for approximately 2,700 kilometers (1700 mi), however as of 2012 the highway is 2,232 km (1,387 mil) in length. This change is due to continuous restructuring of the highway that has seen the road rerouted and straightened out in many places. 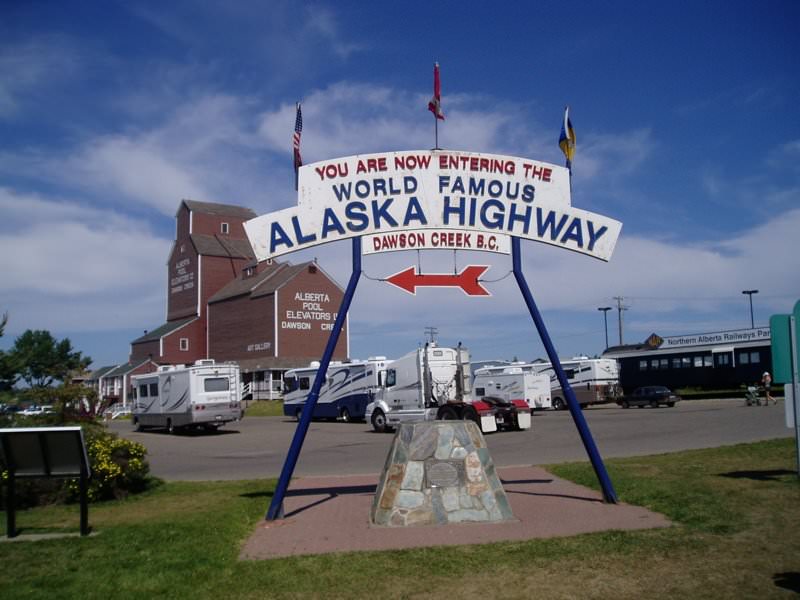 Mile Zero of the Alaska Highway in Dawson Creek, BC (via)

Well there you have it, the entire province of BC covered from A to Z. Of course there were plenty of wonderful attractions, sites, and cities that didn’t make it into the challenge, but I hope that what I was able to share has broadened your understanding of this part of the world and perhaps even made you consider a trip to explore BC on your own someday.

While I may be out of letters I do have a couple more A to Z posts up my sleeve, check back tomorrow for a big announcement on the future of our BC themed posts!

18 Responses to "Beautiful BC from A to Z: Z is for Zero Mile"