While researching a new destination, we are constantly on the lookout for unique, unknown, or weird attractions that may be a bit off the beaten path – Remember La Specola in Florence? Carmo Convent in Lisbon? How about the Museum of Broken Relationships in Zagreb? It’s now time to add Vienna’s Museum of Art Fakes Museum to the list.

After stumbling onto the Museum of Art Fakes (Falscher Museum in Austrian) online, we immediately decided to check it out. Being big fans of the USA Network show White Collar, this museum seemed right up our alley. Also I was wildly hoping that Matt Bomer would be there in the name of research and we would meet and fall madly in love and live happily ever after*. 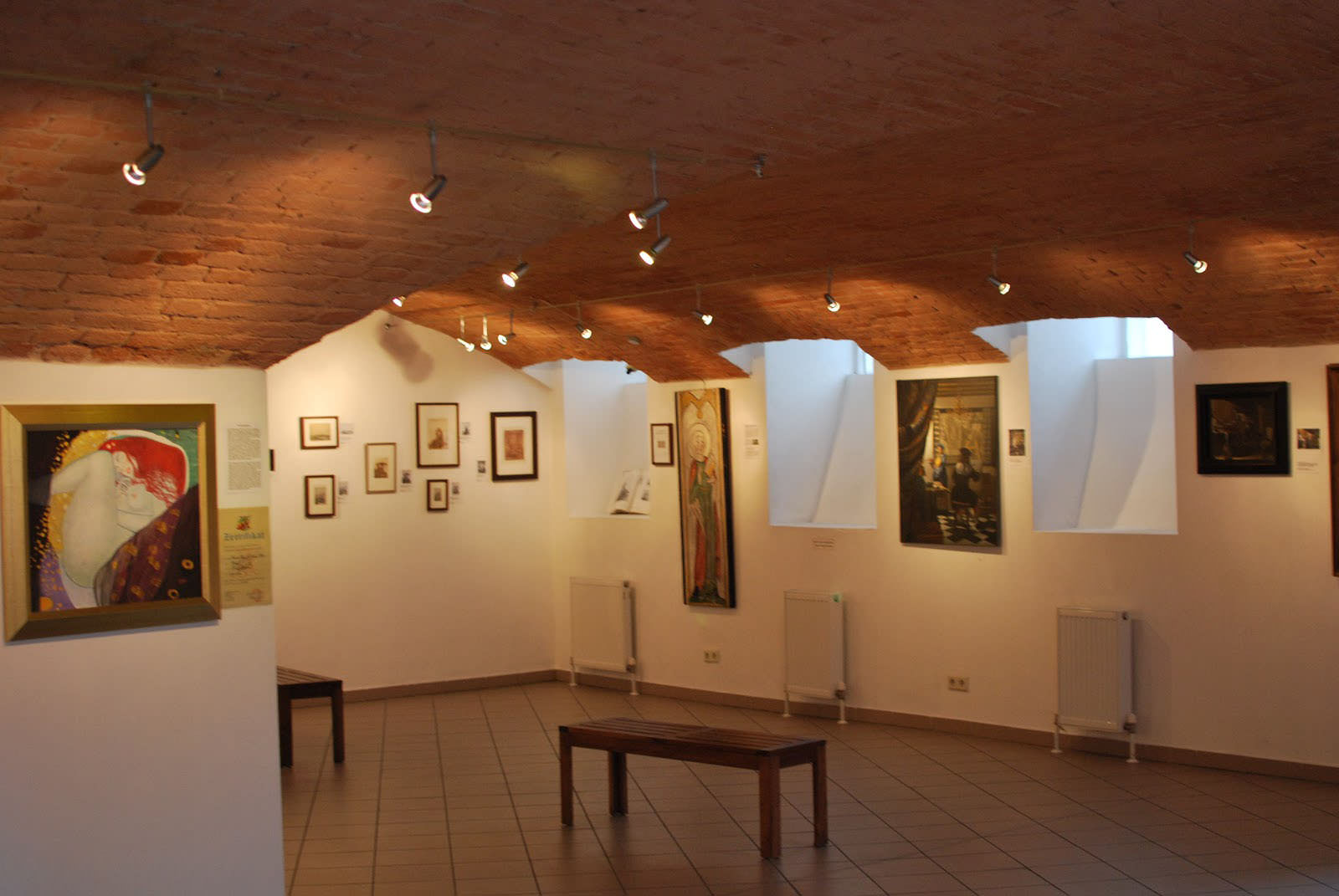 Turns out we were right about the museum being extremely cool, and ended up spending about an hour staring at the forged paintings and delving into the fascinating history of the forgers themselves. In addition to the precise way in which these forgeries were created – from the aged paper used to specific hardening processes, brush strokes, and in one case egg yolk washes – we found the history of the forgers very interesting. The museum provides a booklet (in multiple languages) that describes the lives of about a dozen forgers, many of whom attempted to make a legitimate career in the field of art but, after failing to find a market for their original works, turned to the lucrative world of forgery.

Rembrandt copy (left) next to a photo of the original

We were also surprised to learn that many forgeries are not of a specific known masterpiece, as the appearance of these well known pieces at auction would be cause for inquisition. Instead, many forgers paint in a specific artist’s style, and create paintings with the intent of passing as an original that was lost or previously unknown to the art world. Apparently this approach has worked quite well, as many of the master painters (Van Gogh, da Vinci, Picasso etc…) created hundreds or thousands of unclassified works. As well, many pieces of art have been considered lost overtime, especially during periods of war, with their existence becoming a mere myth. These forgers were so good they even fooled “experts” who verified the paintings as authentic works, giving the green light for their sale for millions of dollars.

Although the forgers features at the museum have been caught (and have served time or since passed away), many museums and collectors refused to cooperate with police investigations by turning over their paintings for fear they would be found to be fakes. As a result, many of the forgers were actually prosecuted due to their own arrogance and some even provided proof against themselves to ensure they received recognition for the works. Furthermore, there are potentially hundreds of fake and forged paintings being passed off as real works in museums and personal collections around the world.

The Art Fakes Museum is quite small – only one large room and a small shop – however it currently has about two dozen forged paintings on display as well as a small shop where you can order professional copies of masterpieces. Located across the street from Hundertwasserhaus, the museum is easy to find and definitely worth a visit.

*A few problems with this scenario – if you haven’t already figured it out, I love Travis, and Matt Bomer is committed with three kids. But it won’t stop me from dreaming!