After Travis’ in depth review of Madrid’s Museum Triangle and subsequent visits to the Calouste Gulbenkian and Berardo Museums in Lisbon (post coming soon), we thought it only fitting to share some of our favorite pieces from these collections, and possibly settle once and for all who has the better eye when it comes to art.
You’ll find our top five masterpieces below – I use that term loosely as we still aren’t quite sure who determines what is and isn’t art…

Dream caused by the Flight of a Bee around a Pomegranate a Second before Waking up, Salvador Dali- Thyseen Museum

Calli’s feelings on Travis’ list (just for fun): A strange mix of styles, mediums, and themes, Travis’ love of art mirrors his love of food – extremely varied, often exotic, and always in generous quantities. I’m really struggling with the Dali; where do you hang something like that and not a) have to see it every day or b) immediately create the impression that you are living in a horrible 70s bachelor pad, complete with ninja swords, an overly large taxidermy collection, and shag carpet? The only thing that would make that painting more scary is clowns.

Racehorses in a Landscape, Edgar Degas 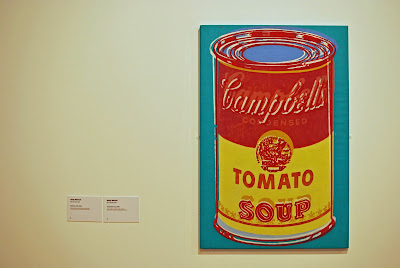 Travis’ take on Calli’s picks (remember this is for fun…): To say that these are Calli’s “favorite pieces” is maybe a bit of a stretch – these are more like the ones she found the least repulsive. To be fair though, this may have been a result of the 20km of “museum walking” that we did over two days, and the fact that on one of the days we had probably two hours of sleep on a bumpy bus ride through the night. Also, very little art has perfectly symmetrical straight lines…
So there you have it, our favorites from the museums we’ve visited in Spain and Portugal. We have a few more museum stops planned for the second half of our trip so make sure to circle around and see how we make out – Calli has tried to initiate a rule of one museum/week (on average) but it isn’t gaining much traction.
In the meantime, why not weigh in on the debate and share your opinion on our top five lists?